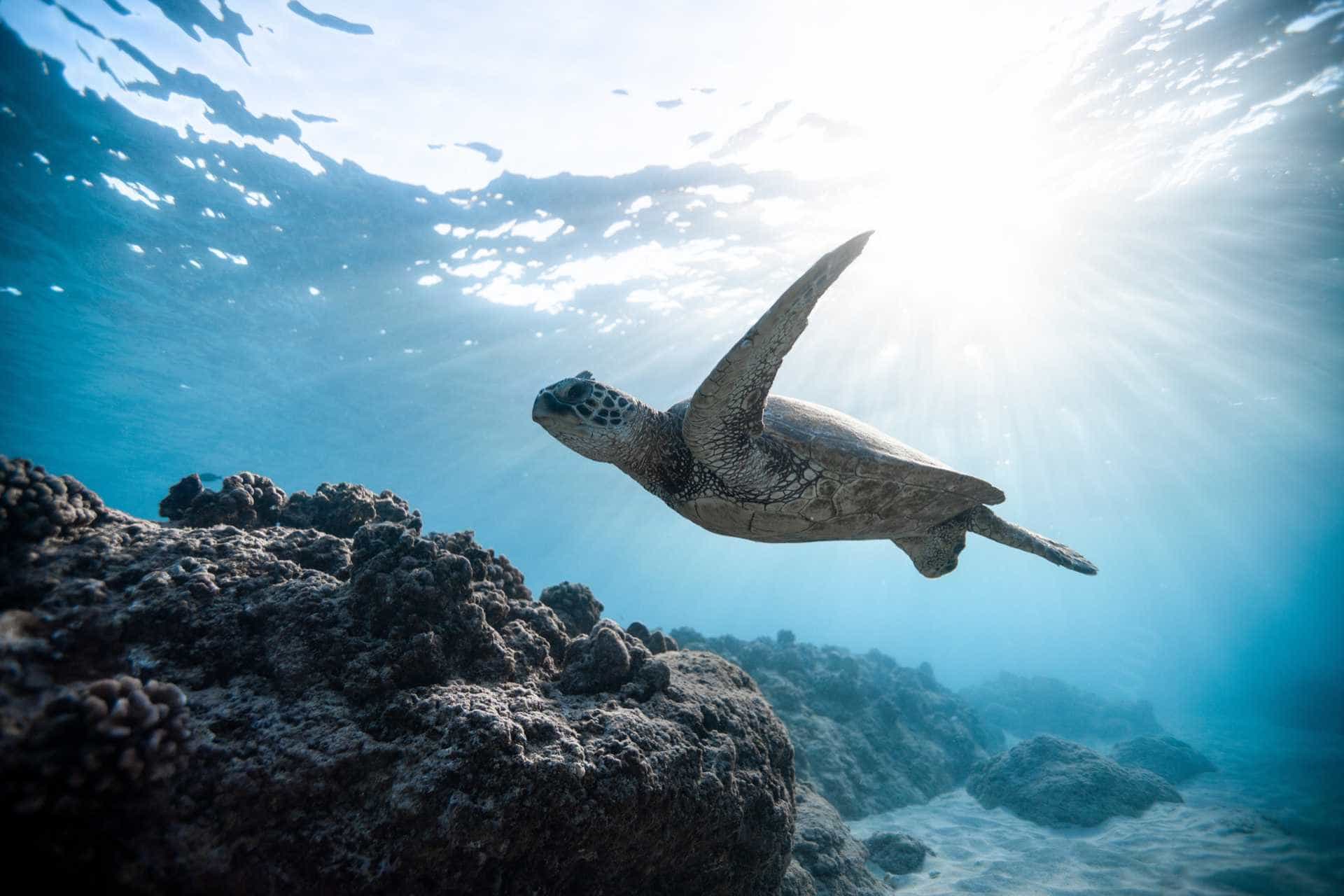 Scuba diving is extremely fun and one of the best aspects is the possibility to see super cool marine animals underwater.

Probably all divers have a bucket list of critters, pelagics, and other animals they want to see on a dive in their life.

Here is a bucket list of the 10 best marine animals to see while diving and where they can be encountered.

Please note that this list is based on overall popularity. If you want to check out the BIGGEST marine animals you can encounter underwater, read our list of the biggest marine animals instead.

Whale sharks are a favorite among most divers and spectacular to watch underwater. Over 12m/36ft long on average, these gentle giants roam the oceans looking for plankton and small critters and are completely harmless to humans.

If you have ever encountered them on a dive, you know that they swim extremely fast despite their size and their apparent complete lack of motion.

The best places to see whale sharks are Mexico (only snorkeling), the Galapagos, the Phillippines, the Maldives, and Mozambique. However, they are also known to frequent Thailand and even Egypt.

These iconic and majestic marine animals should be on every scuba divers bucket list and are so much fun to watch underwater. They genuinely like to engage with divers underwater and seem to enjoy swimming through the bubbles coming from our scuba regulators.

The most famous Manta dive site is the night dive in Kona, where Mantas have a near 100% sighting chance. Other places to dive with Giant Mantas are the Philippines, the Maldives, Indonesia, the Galapagos, and Socorro Island.

However, Thailand and Egypt are two more budget places with a good chance of encountering them.

Sea turtles are every scuba diver’s favorite and even after seeing hundreds of them, they are still fun to watch. They come in all sizes from small to gigantic and are easy to spot.

There are many many great places to see them and they inhabit nearly all parts of our oceans.

Dolphins are a diver’s best friends underwater. Playful, super quick, and a joy to watch, they usually come in groups of 3 or more.

You will not be able to catch them or stay with them when they start swimming, however, dolphins are known to interact with divers and love to play with them.

Similar to sea turtles, dolphins can be encountered everywhere in the world and in any environment.

These gigantic marine animals are very rare to spot underwater and finding them requires thorough research and planning.

It’s completely worth it, though, as everyone who has ever seen one of them in their life, will never forget that moment.

They frequent Tonga and the Dominican Republic annually where you can snorkel with them. For scuba diving, Western Australia and Hawaii, as well as Soccorro Island have good sighting rates. You can also try your luck during the annual Sardine Runs in South Africa.

Tiny nudibranches are a favorite among underwater photographers and macro-life enthusiasts. These small snails come in any color imaginable and spotting them is not an easy task.

Bring a flashlight to get all their colors to shine, and don’t forget to take a good underwater camera with you.

Nudibranches can be found anywhere in the world, but Indonesia, the Red Sea, the Maldives, and Polynesia are great starting points.

Out of all the shark species in our oceans, the hammerhead shark arguably has the most recognizable look. They are much rarer to encounter than common reef sharks and much less dangerous than great white sharks.

In contrast to the latter, you can also dive with them without a cage. They like to stay really deep at 30m/100ft+ and even deeper, which means you will need at least an Advanced Open Water Diver certification to see them.

You can find them all around Cocos Island in Costa Rica, the Galapagos, Egypt, the Bahamas, Bimini, Japan, Malpelo Island in Columbia, and Rangiroa.

Sea horses are surprisingly difficult to spot underwater, despite their popularity. The reason is that they like to stay really deep at 30m/100ft+, and are also a bit shy.

They like to stay in couples close to anemones in which they live and can usually always be encountered at the same spots.

They live anywhere in the world, but as usual, rich ecosystems like Raja Ampat in Indonesia, the Phillippines, and the Red Sea are the best spots to see them.

Octopuses are just so cool it hurts. Eight tentacles, super smart, and frequently encountered on night dives, these marine animals can be seen while scuba diving in all parts of the world.

They aren’t particularly interested in human encounters, and if you get too close, they will likely take off.

Night diving is a good way of seeing them, as they like to hunt at dawn and are often encountered then.

Manatees are pretty much the friendliest creatures you’ll encounter while diving and seeing them underwater is so much fun. They spend most of their time in shallow waters full of seagrass and mind their own business.

They don’t look for human encounters but most of them aren’t bothered by it either.

If you want to get a chance to dive with these gentle creatures, they can be found in the Red Sea, the Caribbean, the Amazon basin, the Gulf of Mexico, and along the West African coast.

This concludes our list of the 10 best marine animals to see while scuba diving.

How many have you been able to scratch off of your diving bucket list so far?