Diving in Antarctica means diving in the coldest place on Earth!

Endless ice awaits, with harsh conditions, unpredictable weather, and some of the most amazing sights imaginable.

Find out if diving in Antarctica is for you and what to explore at this mysterious place! 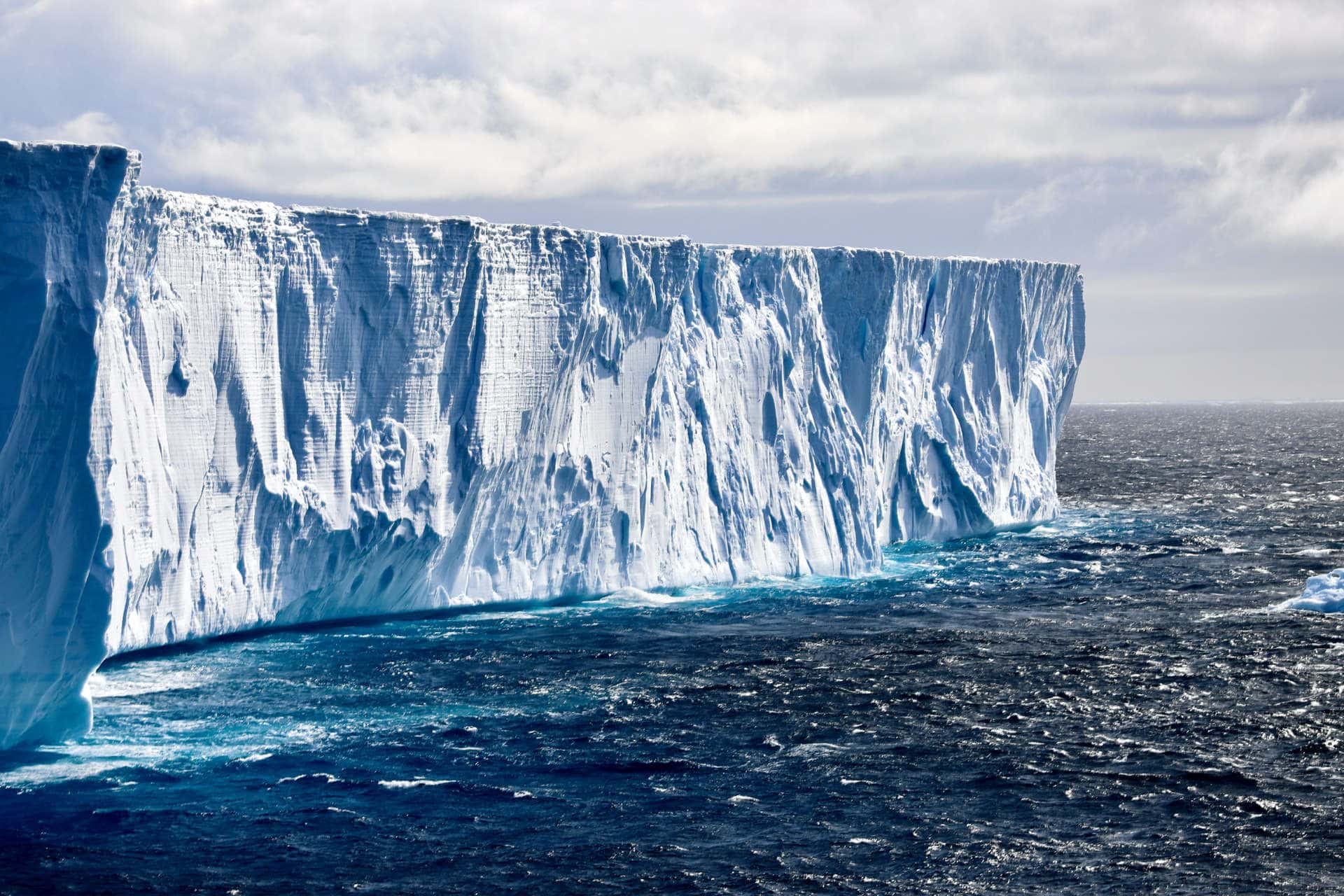 The best diving in Antarctica

Diving in Antarctica is unlike anything you have ever done or seen before.

Though mainly a polar desert, it offers astounding diving opportunities for those who dare to dive in cold water.

Nearly twice the size of Australia, Antarctica is a large continent that lies almost entirely South of the Arctic circle. The ice here is 1.9km/1.2mi thick on average.

Just diving under icebergs is an adventure of a lifetime, but there is also diverse marine life to be discovered here.

Let’s look a bit more at the different regions in Antarctica and where you might want to or can dive.

Antarctica is completely surrounded by the Southern Ocean, the second-smallest of the world’s five oceans.

It itself comprises a number of smaller seas of which four can be found in Antarctica:

Most diving cruises go to the Weddel or the Bellingshausen Sea as they encircle the Antarctic Peninsula, the main destination of most Antarctic travel.

Some of the main destinations in these regions are:

What to see when diving in Antarctica

Let’s just look at a few of the animals you can encounter on your scuba dives in the Southern Ocean:

Of course, humpback whales and minke whales stand out among the crowd for those who love to see the real big fauna out there.

February to March are the best times to encounter them, although seeing them involves a bit of luck.

Due to the extremely cold temperatures, there are no “reefs” but rocks with vegetation growing on them.

Soft corals, sponges, and anemones dominate the scenery, as well as a variety of crabs. Jellyfish can be found in larger quantities at some dive sites.

In November and December, phytoplankton come to live everywhere, filling the waters.

Scuba Gear for diving in Antarctica

Diving in Antarctica requires coldwater diving equipment suitable for diving in extremely cold temperatures. Drysuits, thick gloves, and hoods, as well as additional thermal insulation, are recommended. Take plenty of spare parts with you in case something needs fixing.

Diving in cold water requires good dive equipment and if you have never done it before, you should do at least 30-50 dives in similar conditions before embarking to Antarctica.

A drysuit is the most important part of your coldwater scuba gear.

The usual way of getting to Antarctica is by boat from Ushuaia, Argentina, the southernmost city in the world. From November until March ships depart from here both for divers, cruise liners, as well as research vessels.

This means that you can find a number of liveaboard trips during these months which vary in price, route, and duration.

If you are just interested in visiting Antarctica, you can take almost any ship. However, if you like snorkeling or scuba diving, really check the itinerary beforehand. Some cruises are non-diving trips and you will be missing out on the amazing underwater world this way!

Our recommendation for a scuba diving liveaboard in Antarctica is the Ortelius.

It’s a scuba diving liveaboard that also accommodates snorkelers who want to explore the Antarctic waters from the surface.

It isn’t quite as luxurious as some of the cruise liners, however, you can do 1-2 dives per day on average which is a lot!

Smaller ships also have the advantage of a more personal experience, as well as the option to slightly adjust the route according to the guests’ wishes.

There is no visa required to travel and dive in Antarctica.

However, please check the official government and customs information of every country before travelling to ensure you fulfill all visa and immigration requirements.

Getting to Antarctica is only possible from three places.

Most people take a liveaboard ship from the Southern tip of Argentina in Ushuaia.

In addition, there are occasional flights from Punta Arenas in Chile to Union Glacier Camp, as well as from Cape Town in South Africa to Troll Airfield.

What to see when diving in Antarctica

Where to dive in Antarctica