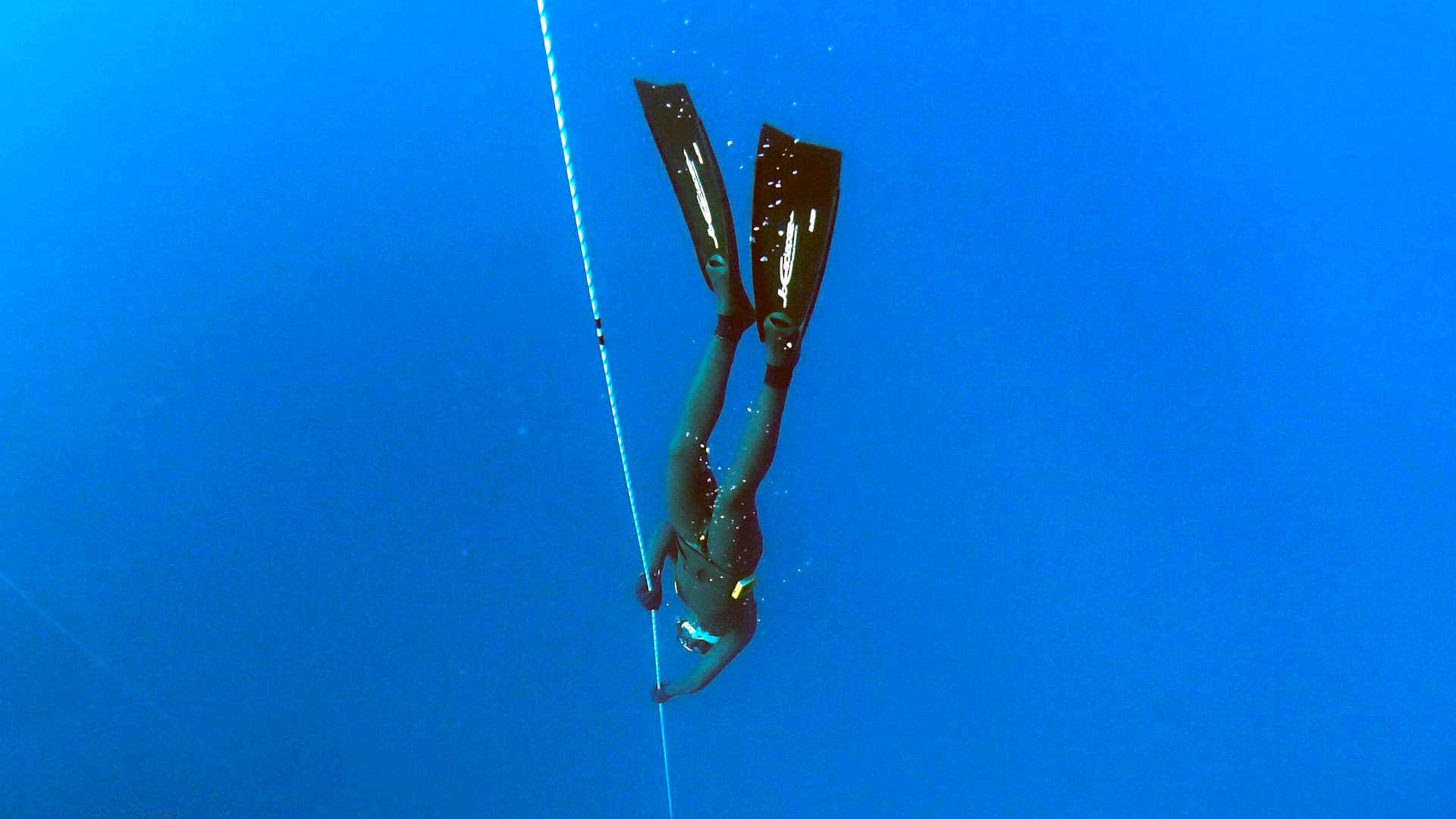 Freediving is a sport that is simply perfect to set all kinds of records.

Whether it be depth, duration, even harsher environments, or removing certain pieces of the equipment, there is a lot to make breath-hold diving more difficult.

Here you find an up-to-date list of current freediving records in 2022.

Unlike scuba diving, where it can sometimes be hard to find reliable sources for diving records and where the categories are much broader, freediving records are highly regulated.

Athletes often compete in different disciplines or might strictly practice one over the others.

Here are some general freediving records. Some of these, are truly breathtaking feats (pun a little intended).

Nitsch experienced severe decompression symptoms after the dive, which until then was almost unheard of for freedivers.

You can get a glimpse into his mindset and training approach here:

Constant weight freediving records require the freediver to carry a constant amount of weight through the dives. This means no sleds or other helpers are allowed and divers dive down and back up on their own.

Such dives are usually shallower but longer than those in other freediving categories and truly require tremendous athleticism.

You can watch it here:

Freedivers in the variable weight (VWT) category can use a sled to be pulled down to the target depth before ascending on their own, thereby leading to the “variable weight”.

You can watch the current world record in this category here:

During free immersion (FIM) freedives, divers pull themselves down to the target depth along a dive line without the use of fins, sleds, or other aids.

This category is very similar to constant weight, and they both share the “head first” diving position.

In Static Apnea Freediving (STA), divers hold their breaths as long as they can – hence apnea – and records are solely determined by the duration of the voluntary breath-hold.

There are sub-categories to this discipline: Pure apnea, as well as after inhaling pure oxygen over an extended period of time (up to 30 minutes). Doing so extends the time spend in apnea as the body’s oxygen saturation is higher (and the nitrogen load smaller), allowing for longer breath-hold.

The current record holder Brank Petrović has actually held his breath for longer than that, however, the Guinness World Record and AIDA apply different requirements and standards.

Divers in the dynamic freediving with fins (DYN) and without fins (DNF) disciplines compete for distance swam underwater, rather than depth. Competitions are held in pools, in order to prevent environmental influences like currents, waves, or temperature on the measurements.

The longest distance swam underwater with one breath (open water) is 202 m (662 ft 8.7 in), and was achieved by Stig Severinsen (Denmark) in La Paz, Baja California Sur, Mexico, on 26 November 2020. (Guiness World Records)

Stig completed the record using a mermaid monofin and has held numerous other freediving records.

You can watch the freedive in open water here:

Ice diving draws many freedivers in as an extreme form of their sport.

Here are some highlights of records related to freediving under ice.

This is not an official category in AIDA competitions, however, it’s pretty cool!

Get a hot chocolate and put over a blanket before you watch the deepest recorded freedive under ice here:

Vitomir is an accomplished freediver and also holds other records in different freediving categories.

These are the current official world records in freediving in 2022.

Which of these do you find most impressive?