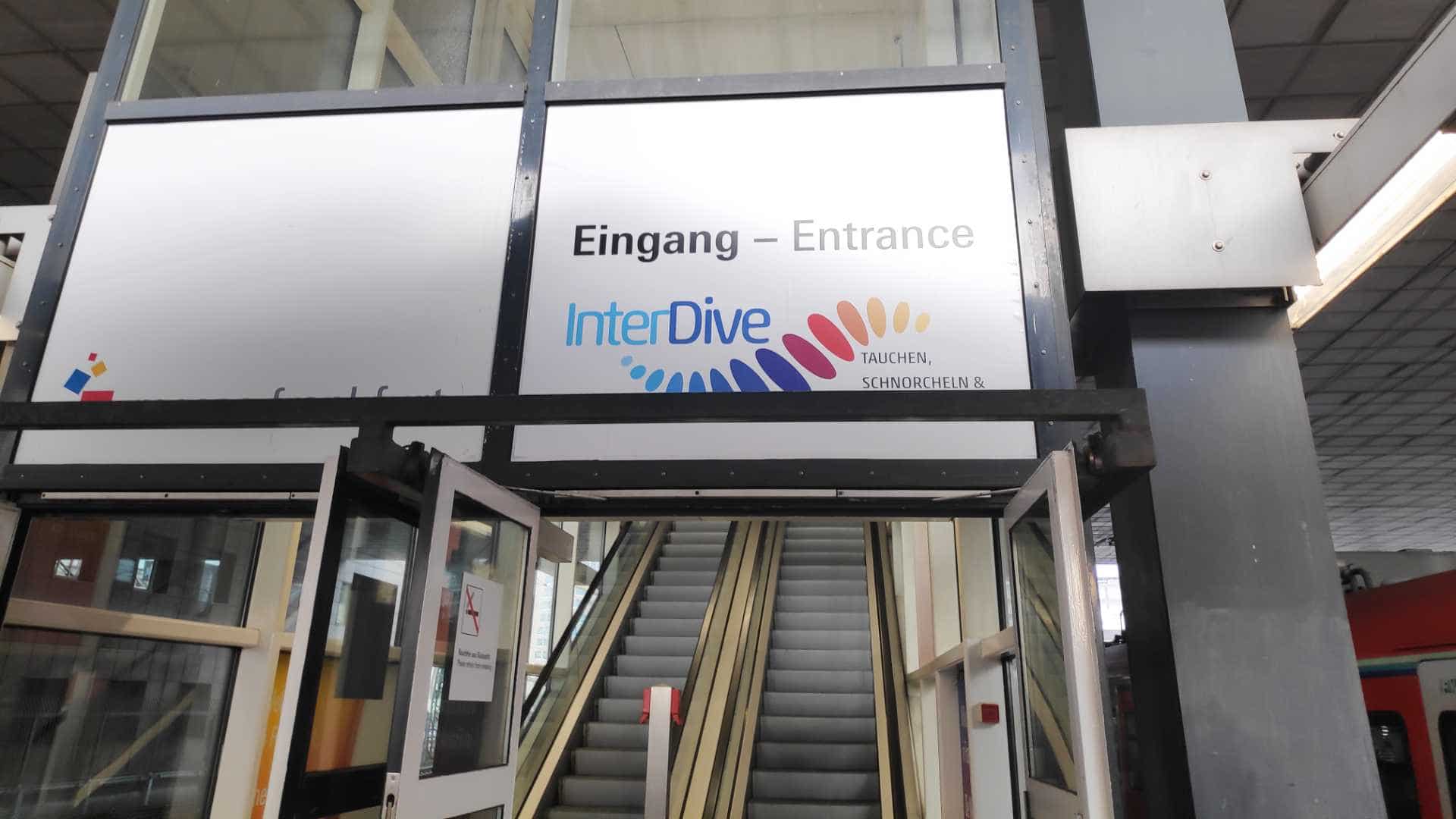 I posted this for the first time on January 29th, 2020, a week after the BOOT show in Düsseldorf on another website. I decided to move it over here now so you can read about the Interdive Frankfurt 2020. I will update it again to fix some errors and so on that I found while reviewing it.

First off, I love going to expos and trade shows. 😊 Admiring all the shiny new gear that’s been released, checking out the booths of different tour operators and dive resorts, as well as attending the talks on stage is always a lot of fun.

I’ve also won a few things before. Speaking of that dream dive vacation for two in Mexico… 😃

If you live in Europe there are plenty of shows year-round. Some of the big ones are the Dive in Birmingham, the Austrian boat show in Tulln, and the biggest one of them all, the BOOT in Düsseldorf, Germany.

Traditionally, the InterDive takes place in September in Friedrichshafen close to the Bodensee. This year, the InterDive Frankfurt was staged as a competition to the BOOT which started three days later but overlapped with the Interdive on its first weekend.

There were mixed feelings about this aggressive move in the community both on the forums and offline.

The convention center in Frankfurt is well known around the world for hosting large shows such as the annual IAA, the international car show. With the third-largest airport in Europe, Frankfurt is also easy to get to from pretty much anywhere in the world.

There are different means of public transportation available that run regularly and if you prefer to take a taxi or Uber it only takes about 5 minutes from the central station to the entrance.

While the Frankfurt show is not meant to replace the one in Friedrichshafen, location-wise it’s definitely an improvement.

When I arrived at the convention center on Thursday morning, the crowd was rather small. In my opinion, the 11€ entrance fee was pretty expensive for only one convention hall with about 50 booths and an event stage.

The BOOT show offers 15 halls packed with everything from super-yachts to travel, a standing wave for surfing, and two buildings for diving only for just 19€.

The booths themselves looked decent with a good selection of different vendors, dive centers, and tour operators. Unsurprisingly, Aqualung had the biggest display area out of all the large manufacturers right in front of the stage in the middle of the hall.

Other large industry names like Suunto, ScubaPro, or Mares were noticeably missing.

As usual, aquamed was present with a nice and shiny booth. They were nice and talkative and patiently answered all the questions I had concerning their insurance policy. If you are interested in getting dive insurance, check out our dive insurance comparison.

As a dive instructor, I am always interested in checking out what other training agencies are up to and like to discuss training approaches and more.

SSI had its tent set up together with a few German indoor dive centers. DIWA was present with a large display area and also hosted their agency awards at the show.

However, i.a.c. (International Aquanautic Club) could not be found when I was there. They posted photos of the show on their social media, however, they did not have their own booth set up. Surprisingly, PADI and their travel agency PADI Travel were also absent.

Overall, I was not impressed by the selection of vendors and booths but maybe I simply had unreasonable expectations. Or maybe I was missing the fun raffles and loads of free pens and sweets you get at other shows. 😄

What stood out, however, were the talks and presentations given on stage. They each fill time slots of about 10- 15 minutes in which tour operators, photographers, and journalists can present a topic of their choice.

These are always nice bits of information and a great way to check out potential travel destinations or get updates on what’s going on in the industry.

The photography talks are great for aspiring photographers and worth watching for a while. They were mostly in German, however, some of the dive resorts gave their presentations in English.

While this might put off some of you this is pretty much the norm on most dive shows as they are aimed at the local diving community more than international visitors.

Despite some interesting talks and of course meeting some familiar faces along the way, I ran out of things to look at pretty quickly.

I don’t really purchase anything at shows anymore and with today’s online shopping it becomes less and less of a bargain to do so but you can get a deal on some stuff if you just keep your eyes open.

More importantly, you can touch and try on the gear before purchasing, and especially with suits that is really helpful.

Overall, I am really happy about this new alternative to the BOOT show and the Interdive in Friedrichshafen. Frankfurt is much easier to get to and I am sure it will catch up quickly once it has been accepted by the community.

The move to make it a competing event to the BOOT is somewhat questionable and it is obvious that many vendors and companies do not want to support it.

It would arguably be better to move the Interdive Frankfurt to a different date or maybe let it end on Saturday instead of Sunday on the starting weekend of the BOOT. This way even smaller companies can be present at both shows.

Next year, I would like to see more things to do such as more entertainment value, maybe a dive container similar to the one at the BOOT, or some concession stands and more raffles.

I am sure in time the Interdive Frankfurt will be able to establish itself as a good place to check out everything scuba diving.

What do you think? Did you visit the InterDive Frankfurt? Did you like it? What could they improve on to make you return or visit for the first time next year?

Let me know in the comments below!